This week I welcome friend and fellow Greek-American writer Steve Karas. A Chicago native, Karas is the author of the stellar short story collection Kinda Sorta American Dream. I had the pleasure of blurbing Karas’ book, and what initially stands out is his range as a writer. As he explores the theme of identity in both contemporary and futuristic visions of America, he inhabits the diverse voices of a Greek-American diner owner, an African-American cop, and a Indian-American woman, among others with deftness and empathy. He introduces us to people struggling to make a life for themselves in America, and despite the familiar settings, both urban and rural,
the stories feel fresh and vibrant.

In contributing a post to the blog, I asked Steve to touch on his Greek roots, his experience growing up in Chicago, and the ways in which his background as a psychologist informs his writing process.

Please enjoy Karas in his own words! 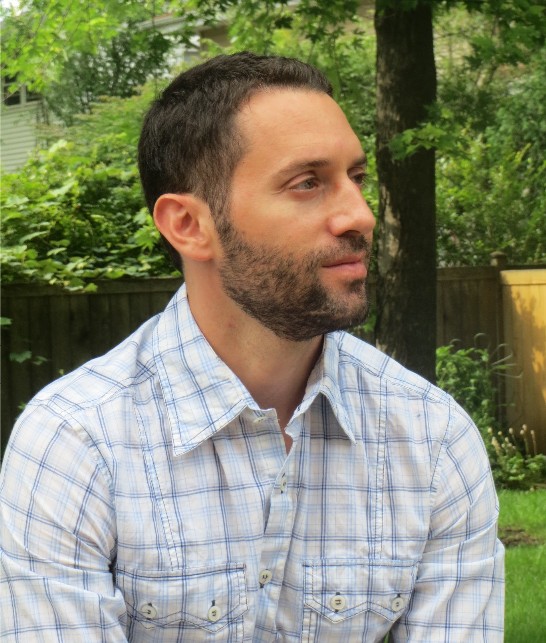 My family began its migration from Greece to America in the early 1900s. My great-grandfather, Ioannis, was the first, passing through Ellis Island in 1902 with eighteen dollars in his pocket. He landed in Chicago’s Near West Side, then the largest Greek immigrant community in the country. He came here for the same reasons so many other Greeks did at that time—to escape a poor economic climate, find employment. I don’t know if he ever intended to stay, or if he had any idea he’d be giving his children and grandchildren and great-grandchildren opportunities they wouldn’t have in Greece. My mom and dad followed in 1960 and 1970, respectively, unmarried at the time, strangers in fact. They came to join family that had settled here before them with the hope of having a better life. By the late 1990s, it’s safe to say my parents were living the American Dream. Both had established careers, they’d bought a house, saved a bit of money, sent two kids off to college. So as a late teen/early twenty-something-year-old, when I told my parents I wanted to be a fiction writer, I can only imagine what they were thinking. I was studying psychology in school, but having doubts about that path as my heart was in writing. What they told me was that I should stick with pursuing a more stable career. I remember having a talk with my dad during one of my college breaks.

“Position yourself so you have options,” he said. “After you have your degree you can do whatever you want.”

“This isn’t some hobby. A good job is one that makes you happy.”

“A good job is one that pays.”

I huffed, loudly I’m sure. Didn’t the Greeks have a rich history in literature, after all? How about Homer? Hadn’t my dad read the Iliad, the Odyssey?

“Get your degree, and then you can do whatever you want,” he said. “Just make sure you have options.”

I thought it would be too late by then. I never considered I could do both.

I traveled to Greece a couple years later, the summer before I was to begin graduate school in psychology. I remember meeting up with a close friend who had been living there and pursuing a soccer career after a series of knee injuries had cut short a promising college stint in the States. He’d been confronted by one road block after another in Greece: offers that had fallen through, shifty agents, corrupt coaches and team presidents. We’d spent the day carving through the Monastiraki flea market in the old town of Athens and Plaka, the historic neighborhood built on the foothills of the Acropolis. We took a break from the sun on the cobbled steps of a hidden alleyway, between white-washed cube homes, just beneath the Acropolis’ walls. I lamented about having to start school, how I’d felt pushed into it by my parents, how my dream of becoming a writer was being squelched.

He said, “If things don’t work out for me now, boom, I’m done. That’s it. And I’ll always wonder, what if? I’m telling you straight—you? You have your whole life to write.”

That stuck with me. Funny how when we’re young the things our friends tell us sometimes carry more weight than the words of our parents, the people who typically know us and love us most, have our best interest at heart.

My career as a psychologist has been a blessing. Above all, it’s been fulfilling. I hope I’ve helped people. On top of that, it’s fueled my writing career. My work as a psychologist and my Greek-American roots, in fact, probably had the greatest influence on the writing of my debut short story collection, Kinda Sorta American Dream. 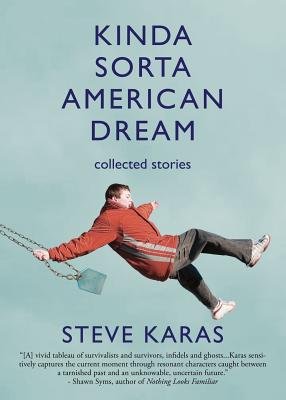 As a psychologist, I’ve tried to empathize with people from different walks of life, which has undoubtedly benefited me as a writer. I’ve worked with young people who are first generation immigrants like my parents. I’ve even counseled a few who moved to America from Greece amidst the recent crisis and struggled to assimilate into the American culture (probably not too unlike my propapou, Ioannis). I’ve worked with second generation immigrants, people like me, whose parents had come from Mexico and Poland, many of whom didn’t speak any English, but who knew they wanted better lives for their children. More than any other group, I’ve worked with kids whose families have been in America for generations, and it’s sometimes this group who I think experiences some of the greatest struggles. It’s often made me think about the value of suffering, of having to work hard to provide food, shelter, a future, not to mention iPads and flat screen TVs. It’s made me consider how my wife and I will balance handing things to our kids and having them earn what they get.

Of course, no one is more proud of my book getting published than my parents. They’ve sent a heap of copies to friends and family in Greece. The path to writing it was a circuitous one. But when I trace it back, in many ways, my dream leads to my family’s dream. To my parents and their wisdom. To Papou Ioannis. Even to America and the pull it had on them all.

Steve Karas is the author of Kinda Sorta American Dream (Tailwinds Press, 2015) and Mesogeios (forthcoming from WhiskeyPaper Press, 2016). His stories have appeared in various literary journals, including Necessary Fiction, jmww, Hobart, and Little Fiction. He lives in Chicago with his wife and two kids. Please visit his website at steve-karas.com.