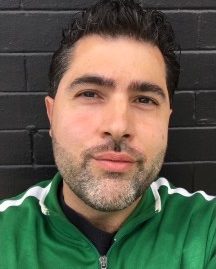 Oakland native Apollo Papafrangou is a writer of novels, short stories, and poems. He holds an MFA in Creative Writing from Mills College, and his debut novel Wings of Wax, about a shy, young artist seeking to reconnect with his estranged, ladies’ man father in Greece, is available now from Olive Leaf Editions.

He is also the author of Concrete Candy, a short story collection published by Anchor Books, with French and Danish editions, when he was just 15 years old.

Apollo has since written for HBO Films, which optioned the movie rights to his story The Fence, and his writing has appeared in ZYZZYVA Magazine, The Bookends Review, Oakland Review, Sparkle & Blink, the Simon & Schuster anthology “Trapped,” and “Voices,” a collection of works by Greek writers published by Nine Muses Press, among other publications.

He attributes his passion for storytelling to being raised in a Greek-American household where the epics of his ancestors were combined with contemporary family lore. If he wasn’t an author, Apollo would be a singer-songwriter under the moniker Greek Lightning, wooing audiences with stormy R&B ballads.