From the Archives: Ermioni, Greece… My Ancestral #Home, Your Next #Vacation Spot. #Greece #solidarity #ThisIsACoup #MondayBlogs 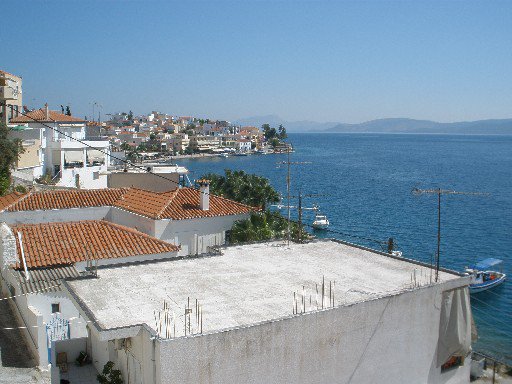 In a show of solidarity with the people of Greece, I’m reaching into
the archives this week to re-share a past post profiling the town
from which the majority of my relatives hail, Ermioni.

You can stage a coup using currency as a weapon, force the sale of our assets, but you can’t take our hearts and spirit. Still we rise.

And now a window into the real Greece. Visit, and you will find that despite economic hardship,
love and hospitality remains; beauty and culture is ever-present:

Ermioni, Greece… My Ancestral Home, Your Next Vacation Spot

I view the ocean from the front porch of the family home, the water a shade that can only be described with the Greek word galazia, which technically translates to “light blue,” but encompasses tones found only in the Mediterranean sea and sky, the light blending the two until they are nearly indistinguishable. On summer mornings, while watching the waves, I enjoy traditional Greek yogurt– a tart substance with the consistency of custard and topped with velvety local honey–in the company of my aunt. My father’s sister is an extremely warm woman who, despite my protests, always insists I start the day with freshly ironed boxer briefs. I get the sense that were I to show up with a stranger, he or she would receive the same treatment: plenty of crisp laundry and bountiful meals prepared with fish caught only hours before and garden-grown vegetables, bread delivered warm from the bakery. The hospitality of the Greeks is a cliché that holds great truth, even if one doesn’t have family to cook for them, nor with whom to explore the town.

As a thirty-four-year-old Greek-American living in the San Francisco Bay Area, I have been making trips to see my relatives in Ermioni, Greece since I was three. My mother, of Greek descent as well, was born in the States, while my father is a Greece native. Ermioni, where so many of my aunts, uncles, and cousins reside, is a seaside town some three and a half hours from Athens on the east coast of the southern peninsula called the Peloponnese. Ermioni is a town of a few thousand people, all of whom appear to greet me with smiles and utterances of kalimera as I stroll the harbor area called the mandrakia on the late afternoons in summer when the heat is tolerable.

The mandrakia is lined with shops offering anything from komboloi, the traditional “worry beads” local men fiddle while sipping coffee, to bathing suits of all styles. Nearby tavernas serve classic Greek fare, while the bars and nightclubs stay open through the wee hours of the morning and offer ocean-side seating so customers can watch the fishing boats enter and depart the dock. Beware should you enter one of these establishments on a special occasion, however: I attended a late-night birthday party during my last trip in which we broke nearly every liquor bottle in celebration and then danced the traditional Zembekiko atop the glittering shards.

Summer nights in Ermioni tend to start late and finish later. Near ten o’ clock we gather at any one of the tavernas for a light meal, then my cousins and I venture toward the bars. Fun as the parties on the harbor can be, I enjoy the hours before everyone ventures out. We gather as a family in yiayia’s yard. I relish the sound of the Greek words as they swirl around me and escape my own tongue. Then, as pensive silence inevitably ensues, my uncle emerges after a nap, in underwear freshly ironed, to belt out an old folk tune. We laugh together, as a family.