Lines that Blur: Color, Race, and That Time I Published a Book at Age Fifteen 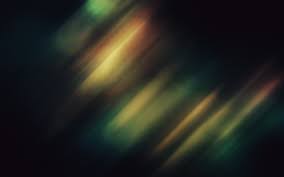 Initially, I had a different post in mind this week; something about my fear of flying as it’s travel season and the theme figures prominently in my forthcoming novel, “Wings of Wax.” Then the Rachel Dolezal controversy hit the net, and my flight plan changed.

As you undoubtedly already know, it came out last week that the head of the Spokane, Washington branch of the NAACP (who as of today has resigned from the position amid controversy) is a white woman, Rachel Dolezal who, in her lengthy fight for African-American rights, has been passing herself off as black. Dolezal, supposedly born to European-American parents in Montana, was raised with an affinity for black culture among adopted siblings, going so far as to deny her true identity.

For better or worse, this somewhat reminded me of myself as an adolescent growing up in Oakland, CA (Chocolate City) to a Greek-American mother and Greek immigrant father. As a teenager I often felt my heritage to be a burden, the Greek language and cultural traditions overzealously crammed down my throat. At the age of twelve, a time when most young people begin experimenting with identity, I identified more closely with black culture. Feeling a certain kinship to Jamaica (despite never actually having traveled there, though I’d been to Greece several times), I wore my hair in dreadlocks and wrote a whole collection of short stories highlighting the plight of urban, and mostly African-American youth. This book eventually became my first published collection of short stories, written under the lone name,“Apollo,” hitting the shelves when I was just fifteen-years-old. I knew I was Greek-American, but there was a temptation to pass myself off as something else as my publisher, Double Day, insisted on marketing my book (though they didn’t market it all that much) as “scribings from a a street-wise youth.” Looking back on that early accomplishment, I’m somewhat conflicted about the book being published at all–juvenilia though it is–but that’s a subject for another blog.

Science says during adolescence the brain’s frontal cortex is not yet fully developed, hence the tendency toward bad decision making and the ignoring of consequences. As I matured, I decided it was possible to hold an affinity for another culture while staying true to my own. I no longer saw my heritage as a burden, and the traditions I once tried to shun became the customs I willfully embraced.

I can identify with Dolezal’s strong feelings of wanting to inhabit another culture, but I couldn’t imagine going to the extent to which she did, to lie in order to gain access to college, and pass off an African-American man as her father. That seems wrong. She’s done good work for social justice, but it seems she’s even lied about cases of racial discrimination as well.

What’s most curious to me is that, in the case of Dolezal, we have a grown adult perpetuating this act. Race is a social construct, and racial identity certainly holds some fluidity, but it’s not right to view another culture as a costume one can simply wear for a while until they feel content to go back to their own heritage. As an adult, with a fully matured frontal cortex, one would assume Dolezal would have known better. I believe she’s at least partly coming from a good place, but I can see the point many in the African-American community argue, that European-Americans can’t truly be allies for black liberation unless they acknowledge their positions of privilege. And one can’t acknowledge such privilege from a place of self-misrepresentation.

Looking back on my angst-ridden teenage years, it seems an ironic era, given that I’ve recultivated so much love for my ethnic roots. I don’t want to pass judgement on Rachel Dolezal: I hope she can find a balance between loving her authentic self and holding a high esteem for another culture to which she feels kinship.