Chocolate City by the Bay. 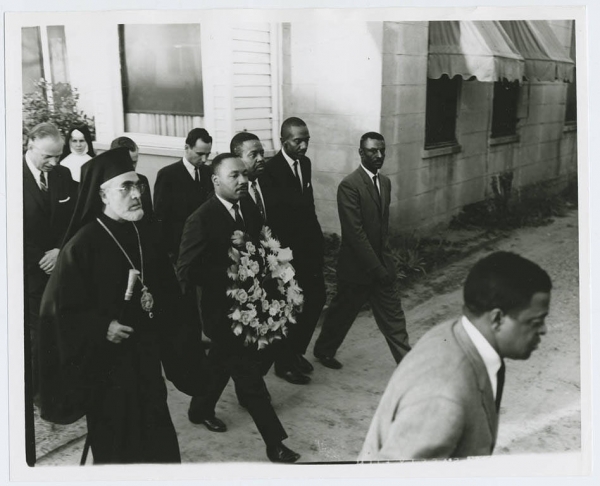 Often coined with this term, the Oakland, California of my childhood in the 1980’s was–like Detroit, Atlanta, Washington, DC, and other metropolitan centers with a black-majority populace–a city in which African-American culture held prominent influence.

Lionel Washington, the city’s first black mayor, served three consecutive terms from 1977 until 1991 when he succeeded to Elihu Harris, another African-American Democrat. Local hip-hop made big noise during that period as the bass-heavy sounds of Too Short and the Dangerous Crew could be felt reverberating from the heights of the hills to the flatland depths. Sports figures such as the Warriors’ Tim Hardaway and Mitch Richmond of “Run-TMC” fame were touted as local heroes.

My experiences back then, as a Greek-American kid and Oakland native, are perhaps best exemplified under the guise of festivals. Each May I attended the Greek Festival at our local Orthodox church on Lincoln Avenue, home to the Bay Area’s largest congregation of Greek Christians. Gobbling down souvlakia and bobbing my head to the twanging Bouzoukia notes, I gathered among friends in celebration of our heritage, and its lengthy ties to the city we called home.

Come early June, and the initial hints of summer, I looked forward to Festival at the Lake. A now defunct arts event, it simultaneously celebrated the city’s ethnic diversity while showcasing the food and wares of the city’s many black-owned establishments. As much as Oakland was, and still is to a lesser degree, a “Chocolate city,” it has always been a town of coexisting flavors. It’s a city which bred, back in 1993, a Greek-American teen who identified with black culture to the extent that he penned a collection of short stories featuring African-American characters. This teen, grown into a man now, shall remain nameless, though I’m sure you can guess his identity. 😉

As a Greek-American of Oakland roots, maybe this early affinity for the black experience had some historical relevance given that an alliance between the two communities goes back many generations.

AHEPA (American Hellenic Educational Progressive Association), the largest lobbyist group of Greek-Americans, was founded in Atlanta, George circa 1922 in response to threats from the KKK who viewed Greek immigrants of dark, Mediterranean complexion as a swarthy horde of undesirables. Even after weathering threats from the Ku Klux Klan, Greeks were met with discrimination as restaurants in most Southern American cities displayed window signs declaring “No Dogs, No Greeks!”

Perhaps due to these early bouts with hate, Greeks who eventually opened their own coffee shops, candy stores, and restaurants, were among the first proprietors to openly serve an African-American clientele long before the Civil Rights Movement. In her examination of Angela Jill Cooley’s essay, The Costumer is Always White: Food, Race, and Contested Eating Space in the South, blogger Sara Camp Milam writes, “Greek-owned businesses challenged and intimidated the hegemonic, elite white social order that enforced segregation. Because they didn’t identify as white, and because they held positions of power in the community, Greek restaurant owners in Birmingham were able to subvert the social order, maintain non-white Greek-American identities, participate in desegregation, and expand their own businesses.” 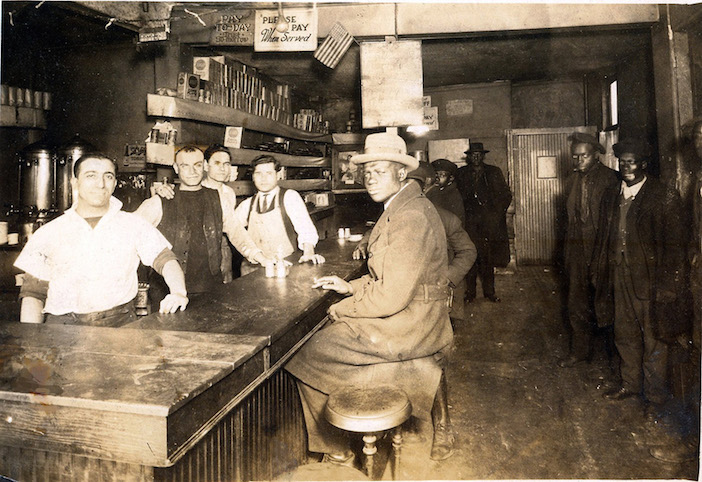 Greek-owned diner in Pittsburg catering to black patrons. Circa 1930.

Speaking of the Civil Rights Movement, those in the Greek community were among the first to publicly stand with African-Americans in their fight for equality. Nowhere is this better illustrated than in the famous Time Magazine photo of Greek Orthodox Archbishop Iakovos standing in solidarity with Martin Luther King Jr. in Selma, Alabama. In a declaration of true Christian values, Archbishop Iakovos, who traveled across the country to be at King’s side, said, “We have fought oppressive and repressive political regimes for centuries. A Christian must cry out in indignation against all persecution. That’s what made me walk with Martin Luther King Jr. in Selma.”

In turn, Martin Luther King found inspiration in ancient Greek philosophy and often referenced the words of Plato and Socrates in his sermons. In his 1957 speech “Loving Your Enemies,” he referenced the Greek concept of love:

“The Greek language comes out with another word for love. It is the word agape. And agape is more than eros; agape is more than philia; agapeis something of the understanding, creative, redemptive goodwill for all men. It is a love that seeks nothing in return. It is an overflowing love; it’s what theologians would call the love of God working in the lives of men. And when you rise to love on this level, you begin to love men, not because they are likeable, but because God loves them. You look at every man, and you love him because you know God loves him. And he might be the worst person you’ve ever seen.”

Bringing things back to the present day–June 18th, 2016–from my desk in Oakland, California, I reflect on the words of Martin Luther King and wonder if, in America, we can ever truly attain agape.