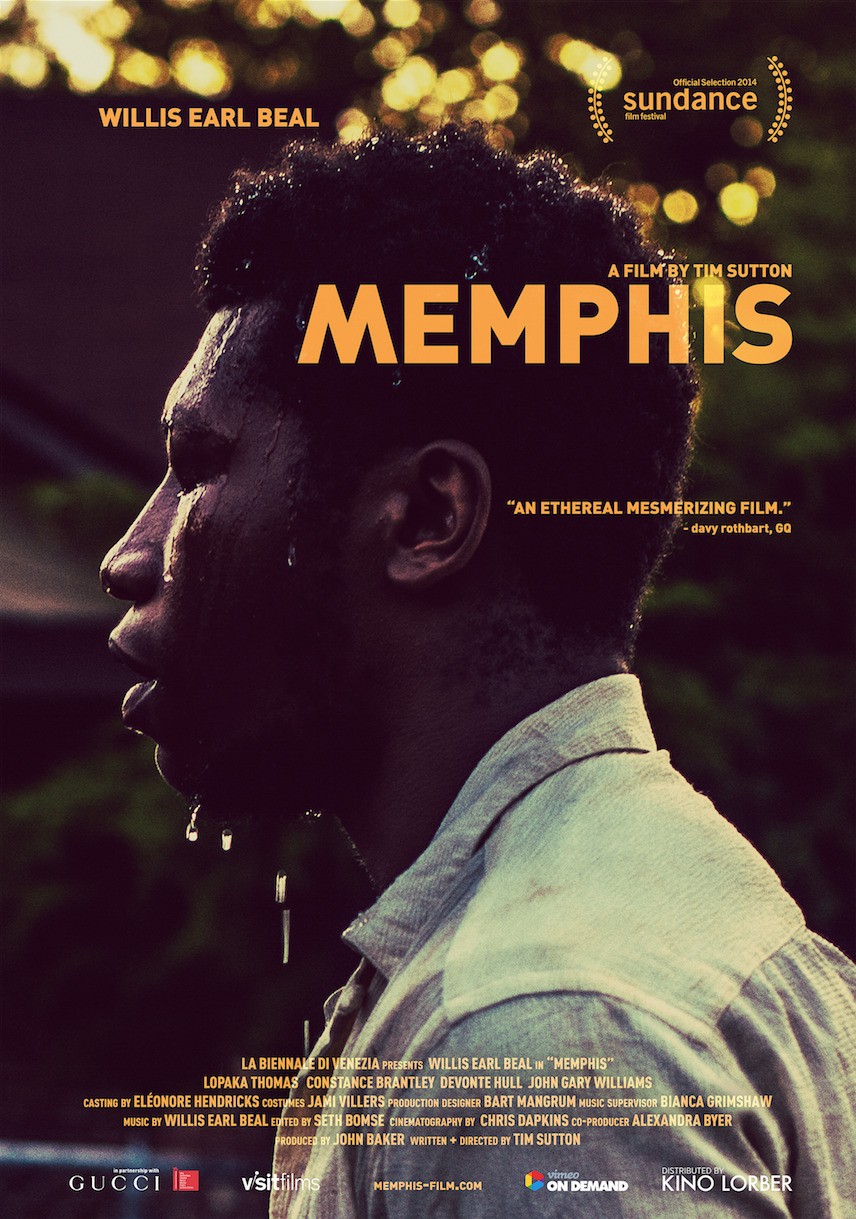 The other night, winding down after a day of writing, editing, and a completing a job interview, I watched this movie “Memphis.”

In one of those cosmic instances where a piece of art perfectly syncs with your mood, the sentiments of this film struck deep in my chest like the reverberations of an amplified guitar chord.

Hard to describe what it’s about. To say it’s the story of a gifted soul singer struggling to write his next song doesn’t really do justice.

It’s light on plot, heavy on mood and character. A visual poem, almost. Fragmented scenes of the protagonist, Willis, creating music; cruising his Cadillac along the oak tree-lined Memphis streets; engaging in metaphysical conversations with his friends and fellow musicians; drinking in bars; meandering in the woods.

It’s an ethereal piece; some would say it’s boring. Maybe you have to be a creative person to “get it.” In any case, it’s got a great soundtrack and might be a new favorite film of mine.

The creative life is, by and large, a fragmented one. There are the moments when you’re sitting in front of the computer, or at the easel, or on the couch with your guitar; the times when you’re putting ideas in motion. Then there are the instances in between–time spent at the “day job,” pumping gas, going for a drink. Sometimes these moments are a reprieve from the struggle to chisel art from the brain’s gray matter. Sometimes they’re a distraction. Like Willis’ life in the “Memphis” movie, there’s magic in the creative mood, if not always in the process.

My current work-in-progress is a book of interrelated short stories tentatively titled, “Heroes with Gyros.” The stories are about aspiring artists and the currently thriving Oakland arts scene. They’re also about the local Greek community, gentrification, and the plight to earn a paycheck beyond the means of a traditional nine-to-five. Though I try to write something every day, at least five days a week (treat writing like a job, because it is a job), I usually take a couple weeks between each story to reflect and come up with the next idea.

During these intervals, I still write, though I shift my energy to poems, flash fiction, articles and the like. I identify with Wills during these times–drifting through the streets (Oakland in my case), hoping to catch the next vibe. That being said, I’m chasing workable ideas, not inspiration. I don’t believe in waiting on the muse. My creative life isn’t woven from the cliches of the writer who sits staring out a window until winged Grecian spirits (the muses were Greek, after all) whisk him to the typewriter chair.

I sit down at the computer at roughly the same time every afternoon (my day job affords me the late morning/early afternoon hours) because I once read that you can train your brain to produce if you stick to a regimen. I find this to mostly be true. Anyway, I gaze at the screen for a while then start to write. Then I pause, contemplate those initial sentences, rework or delete them, until finally I get into the flow.

I’m a slow writer: 500-700 words is a good day to me. I’ve never been one who cranks out ten pages in one sitting, only to salvage two or three. Rather, I tinker slowly and methodically until I have things the way I want them, while knowing a good deal of what makes the cut will be altered in subsequent drafts.

There’s no right or wrong process, I’ve learned. It’s all about finding what best works for you. Now, if you’ll excuse me, I think I just got an idea.