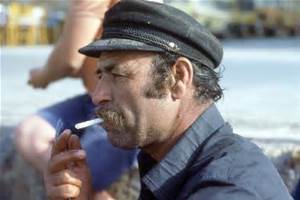 It’s an iconic image, that of the classic Greek fisherman: burly son of Poseidon, heir to the sea God’s kingdom; eyes fierce beneath his crown in the form of a sturdy-brimmed cap, grasp wielding not a trident but a net cast into the indigo depths of the Aegean. Many a postcard features images of these legendary aquamen in their kai′kis (or caiques)–the small wooden watercraft by which they earn their trade, often painted in brilliant hues and bestowed with female names. Since ancient times the Greeks have been a seafaring people, braving unpredictable oceans to trade with or battle other Mediterranean cultures. Prominent Hellenic storytellers, from Homer to Niko Kazantzakis, have depicted such adventures. Visit any museum featuring exhibits from antiquity, and you will spot at least one artifact from ancient Greece showcasing a painting of a fisherman displaying his bounty.

In the more recent past, many Greeks–at least those residing by the sea–made their living via fishing boat. Setting sail at dusk, returning at dawn, they made enough money to feed their families. But now that tradition is in jeopardy; a majority of Greece’s fishermen in danger of being relegated to the realm of myth. What a shame that would be. 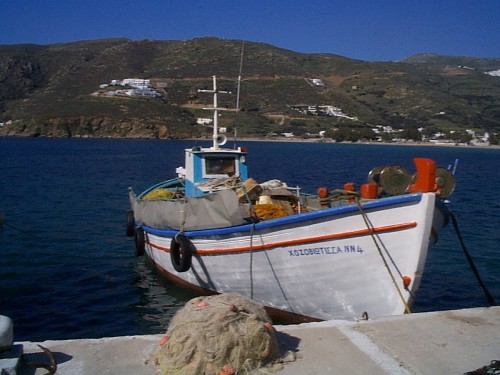 I was inspired to write this post after coming across a feature on The Atlantic’s website profiling Austrian writer/photographer Christian Stemper and his book Lupimaris (Wolves of the Sea). The work offers pictures and portraits of fishermen from the island of Paros. For Stemper, the inspiration to create the book came after he visited Greece and listened to the tales of these aquatic travelers, their faces and voices worn following years spent traversing the ocean. The images, of both the men and their boats, are stunning in their vividness. (Check http://www.theatlantic.com/international/archive/2015/09/the-endangered-fishermen-of-greece/404188 for the feature.)

Apart from its sheer beauty, The Atlantic article struck a personal note. My paternal great-grandfather, Thanasi, was a fisherman from Paros who wanted to work in Ermioni, the Peloponnesian coastal town where my father was born and raised. I don’t know if he found the same success in his new home, but he managed to lure my great-grandmother Eleni on board, so I suppose it all worked out.

Anyhow, further investigation into the plight of today’s Greek fishermen reveals that their trade is endangered largely due over-fishing in the Mediterranean–much of the damage caused by commercial trawlers that bulldoze the ocean floor. Measures, such as strict regulations, have been taken to combat exploitation of the oceans and the fish population is already rising to sustainable levels, but by-and-large the younger generation no longer sees the fishing trade as a viable option in earning an income. There is a danger that fishing via caique will disappear. However, I’m reminded of my uncle Mihalis: to supplement his dwindling pension, he has taken to the sea in a caique to catch fish which he then sells to the markets in Ermioni. In fact, many Greeks in the face of the economic crisis are returning to old traditions. Perhaps, out of necessity and hunger, the Greek fishermen will rise in greater numbers once again. 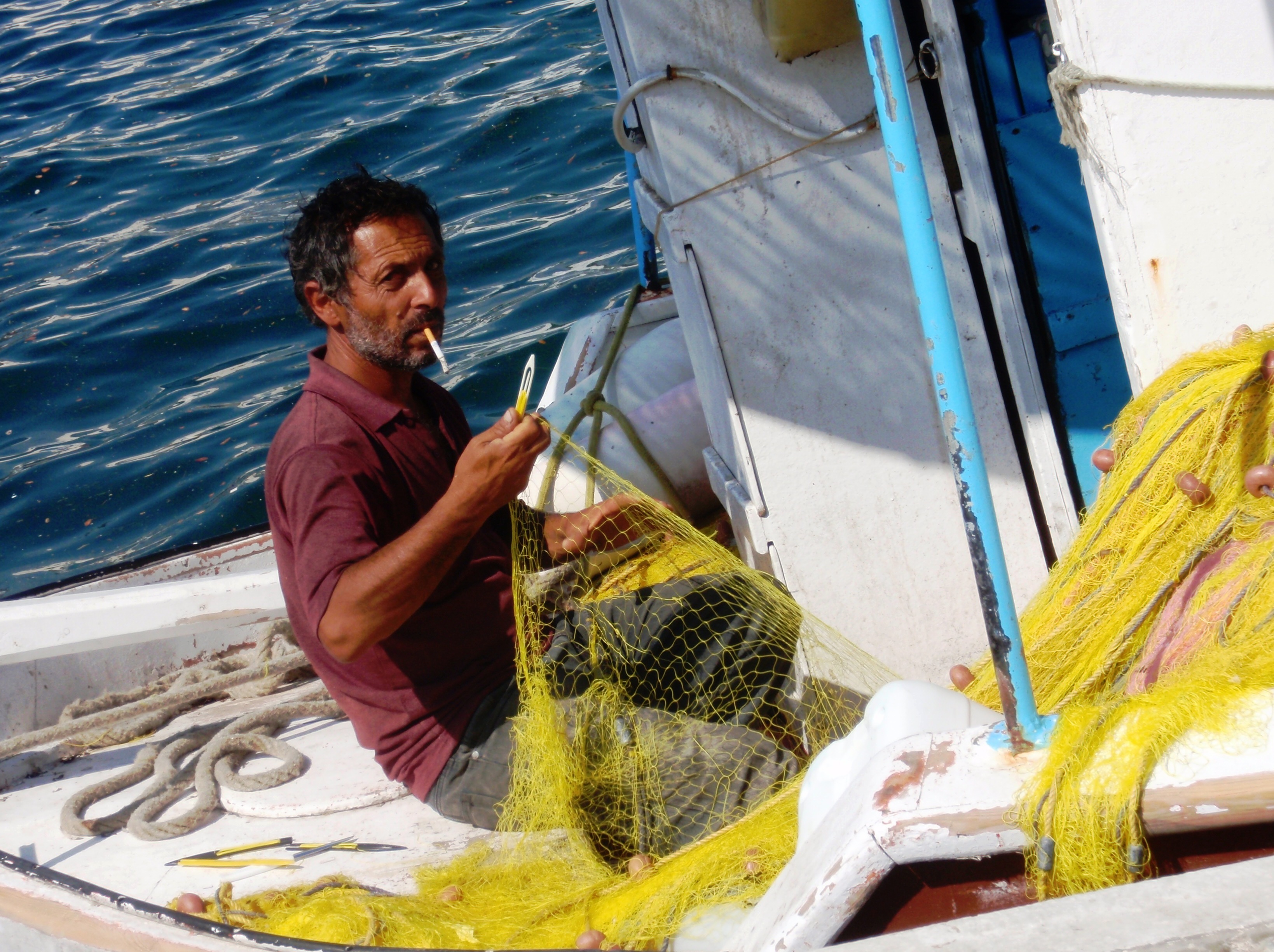 At some point, months or years before I arrived, Yiannis adopted the slump-shouldered gait of a widower, his gaunt face fixed on the ground, apart from the times his eyes traced the shoreline. His hair and beard were sardine-silver and contrasted against the perpetual darkness of his attire with the shimmer of fish scales reflecting from the shallows of a moonlit sea. I befriended him one evening after he waved me over to share a plate of meze, extending his hand and offering a place at his taverna table with the classic hospitality of most Greeks. I learned he had spent the majority of his years working as a fisherman, though he’d given up the trade for reasons he didn’t offer. Instead, we spoke–rather he spoke while I listened–of a woman named Despina who I assumed was his deceased wife.

“Despina was there for me every morning,” Yiannis said one evening as we sat sipping ouzo and gazing out at the oil-dark ocean. “She greeted me with a brightness, with an open heart, every morning, no matter what had occurred the night before. Basking in her glow, I was ready to face the day.”

Yiannis nodded. “She wasn’t one for early sustenance, but let me eat my first meal in her company, always, and then we set to the sea. We basked beneath the sun, watched the ebb and flow of the waves, together we endured the occasional storm. Whether the expedition brought a bounty, or only a scarce haul, Despina was never wavering in her support, in her comfort, in her loyalty.”

“I can’t imagine how that loss must have felt. How it still feels.”

Yiannis drained the remainder of his drink, motioned for the waiter to bring him another. “My biggest regret is letting her go.”

I raised an eyebrow. Yiannis had never spoken of his loss in such a way. “There was nothing you could do, friend. It’s not your fault she died.”

Yiannis regarded me with those coal-black eyes. “Died? Who?”

Yiannis laughed. “My wife? Palikari mou, I’ve never been married. Despina was my fishing boat. I was forced to sell her years ago.”

Yianni offered only a stiff nod, then turned to the ocean again. “God bless her soul, wherever she is, however far the sea has taken her.”
End